It has been a quarter of a century since the first reported thoracoscopic lobectomy. Over this time, acceptance came gradually but VATS lobectomy now enjoys preference for early stage lung cancer largely because of its reduced complications. This has increased surgery options and associated survivals particularly for frail populations. There has been phased in adoption at most centers, generally starting with patients having smaller, peripheral tumors as described in papers establishing the feasibility of such operations. Accordingly, this has introduced selection bias into large retrospective databases because central and probably more nodal rich tumors were approached by open operations. Similarly, preoperative radiation and chemotherapy which makes dissection more tedious are more likely to yield open approaches or conversions.

Over time, programmatic experience grows and there is a natural tendency to extend the daily routine VATS approach to more complicated cases. Paradoxically, this expertise can actually increase conversion rates as more difficult cases are attempted. Thus, in order to understand a surgical program’s results, it is necessary to view its data with a metric that can rank its overall VATS reliability (such as the institutional rate of completed minimally invasive approaches among all surgical cases of lung cancer). Some centers strive to exceed 90% VATS reliability which requires taking on advanced malignancies and their results likely differ from those targeting more traditional minimally invasive lobe indications. Coming to terms with this issue of case selection bias will be necessary if we are to better understand the relative benefits of VATS for general populations and specific groups.

In this collection, we report the efforts of pioneering surgeons expanding minimally invasive options to all stages of lung cancer. I organized their contributions generally along the lines of the TNM system. First, it is necessary to understand the ways that various investigators have attempted to define advanced lung cancer in terms most relevant to VATS surgeons. The article by Pischik does this by reviewing the literature on advanced VATS resections with respect to inclusion criteria, treatment outcomes and staging variations. He also comments on reports of various operations for specific situations of locally advanced disease, selection bias of existing reports and potential systemic benefits for approaching advanced malignancy by minimally invasive means.

The next section deals with issues of T status. It begins with our review of advanced VATS focusing on size and other primary tumor anatomic factors including a brief update of previously published RPCI experience. Many photos of equipment used at RPCI to overcome dissection, retraction, and extraction challenges are supplied in this manuscript. It then does its best with limited literature to describe methods to deal with T3 and T4 problems not covered by other articles in this issue. Next, an article by Nakanishi and colleagues reviews carinal resection reports, key technical maneuvers, airway management, and complication avoidance for this demanding operation. They provide excellent figures depicting airway reconstruction options. Next, colleagues of Dr. D’Amico from Duke describe their techniques and experiences of hybrid chest wall resections using paraspinal incisions to release tumors posteriorly combined with their well-known anterior two incision approach for dissection of hilar structures. Also provided is a review of other techniques and outcomes of selected series. Reconstruction options and the treatment of primary chest wall tumors by VATS are discussed as well. Many advanced tumors require pneumonectomy and the limited world experience is reviewed by Hennon who provides a concise technical description of right and left pneumonectomy emphasizing methods to avoid main PA laceration. Photos of the key technical maneuvers are provided.

Nodal disease is the next element of the staging system and several articles deal with this aspect. First, we are fortunate to have Mr. Khalid Amer who has attained considerable notoriety for his expertise in this area. Along with a brief review of staging, there are detailed explanations of VATS nodal dissection techniques with excellent video correlates. His article discusses other important topics like the order of dissection and lobectomy, avoidance of dissection related complications, and benchmarks for nodal yield. He provides convincing video evidence that VATS nodal dissection can emulate meticulous open results. In contrast to the Southampton experience, another popular method for surgical staging is using a transcervical approach to complement the VATS dissection. This is epitomized by the report of Hiebinger and colleagues which reviews the lung cancer staging system and methods of surgical staging ranging from EBUS to VAMLA/TEMLA to VATS. They provide an algorithm of their approach in Munich (with a handy flow diagram) for staging and restaging with an emphasis on the utility of video-assisted mediastinoscopy. Wrapping up this section is an excellent review by Le and Lee on series of VATS lobectomy for patients with nodal disease including robotic-assistance. They comment on the role of the learning curve and effects of nodal dissection on survival as well as the role of induction therapy for those patients.

The final section is comprised of a mixture of topics extending beyond tumor and node staging. The first article by Berry continues the theme of induction chemotherapy described in the nodal disease article and extends it to the effect of radiation therapy on VATS. It includes reviews of studies describing effects of radiation on general thoracic surgical outcomes nicely dealing with relatively few publications specifically for minimally invasive approaches. It describes the Stanford approach for avoiding radiation-related complications and provides a rationale for when it is reasonable for surgeons to take on such challenging cases by VATS. Some tumors defy reasonable expectations for resectability but there are reports of using adjunctive minimally invasive measures for palliation. Accordingly, I wrote a brief review of investigational methods targeting advanced stage tumors for purpose of controlling disease or potentially rendering some resectable. Some of the techniques discussed are chemoperfusion (traditional and newer adaptions of ex vivo methods), pulmonary suffusion, airway delivery and systemic arteries tumor perfusion. Lastly, Mr. David Waller takes on the difficult topic of VATS for pleural malignancy including partial parietal and visceral pleurectomy, talc poudrage, debridement, decortication and tunneled catheter placement. There is a nice table comparing these options and the paper describes results of recent trials in this discipline especially with respect to the tunneled catheters.

In summary, this compilation represents an early attempt to describe the state of the art for the expansion of minimally invasive technology to approach surgical lung cancer requiring the upper 10% of case complexity. Much more work needs to be done and further study will likely require collaborative efforts among high volume centers and cooperative cancer groups to determine feasibility and safety. I am deeply grateful to my co-contributors who assisted in this effort. 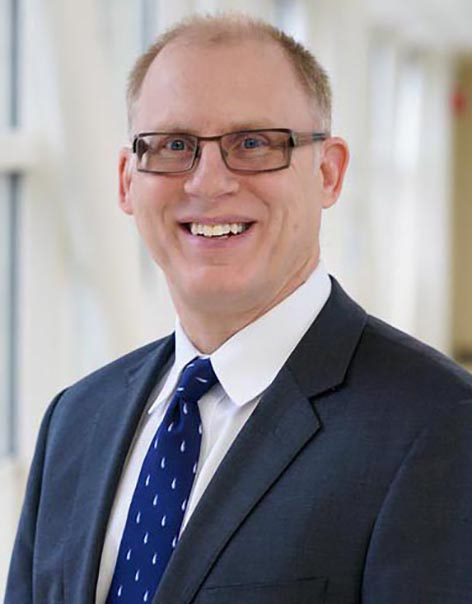