From uniportal to multiportal approach to major pulmonary resections: a non-evidence based debate

Although the first thoracoscopic major pulmonary resections (MPR) were reported more than 25 years ago, the question of the optimal approach remains the most debated one and gives rise to an abundance of publications, every surgeon being convinced his approach (hybrid, single-port, double-port, triple-port, robotics…) is the best.

The reason of this special issue dealing with approaches is to give a glance on the most popular ones. There is no doubt that articles of this issue will be more fruitful to the younger surgeons or those who are just embarking in a VATS program of MPR, because they are still open-mind. Experienced surgeons for whom thoracoscopic MPR are routine are more reluctant changing their technique because it took them years to become proficient with one approach. Some years ago, Yim wrote that it was difficult for surgeons to evolve from open to closed chest surgery because we tend to resist changes which by their very nature introduce an element of uncertainty to the outcome (1). Finally, the same can be written once the closed chest technique has been acquired: changing one’s technique comprise some uncertainty. The author of these lines does not get out of this rule.

In 2017, the different available approaches can be summarized as follows:

Multiple ports techniques differ by the number, size and location of ports and by the use or non-use (8) of a so-called utility incision. Many variants of this approach are being published, including the use of micro-instruments and subxiphoid incision (9), in order to reduce chest trauma to the minimum.

Surgeons who want embarking in thoracoscopic MPR are looking for consistent data in favor of a certain approach. However, there are very few data and most published results raise questions.

A recent prospective randomized study by Perna et al. has tried comparing single port and multiple ports approaches (11). The authors, basing on 50 patients in both groups, found no difference in postoperative pain, morphine use, chest drainage duration, complications and hospital stay. Shen et al. conducted a similar study which concluded to the superiority of uniportal approach, even though bleeding, duration of chest drainage, outcome and morbidity were similar in both groups. The only reported difference in favor of single port was a shorter operation time (12). Decaluwé stressed the limitations of such studies, not only because these are underpowered but also because of some statistical insufficiency, such as the use of inappropriate statistical tests for measurement of pain relief (13). We can list the numerous variables that make a comparison “Uni-portal” versus “Multi-portal” questionable:

Eventually, as pointed out by Hansen, it seems we are forgetting we are treating patients with a very serious disease, i.e., lung cancer. This means the main concern of patients is to be cured rather than experiencing more or less pain, staying 1 or 2 days more in hospital and checking the number and length of incisions. In this matter, it is somewhat striking watching at so many presentations about single port showing a picture of the incision side by side with a rule aiming at demonstrating that incision is minimal, as if this would be the ultimate goal of the procedure.

Finally, as RCT on this topic will most likely be impossible to organize on a large and/or multicentric scale, we could suggest the following non-conventional and probably unrealistic study: gather in room 100 thoracic surgeons who will have to judge dozens of videos dealing with the same procedure, e.g., an upper lobectomy with radical lymph node dissection. These observers should be blind to the surgeon name and to the type of approach (no external views displayed). At the end, one could ask them this question: which technique did convince you the most, in terms of safety and oncological radicality? 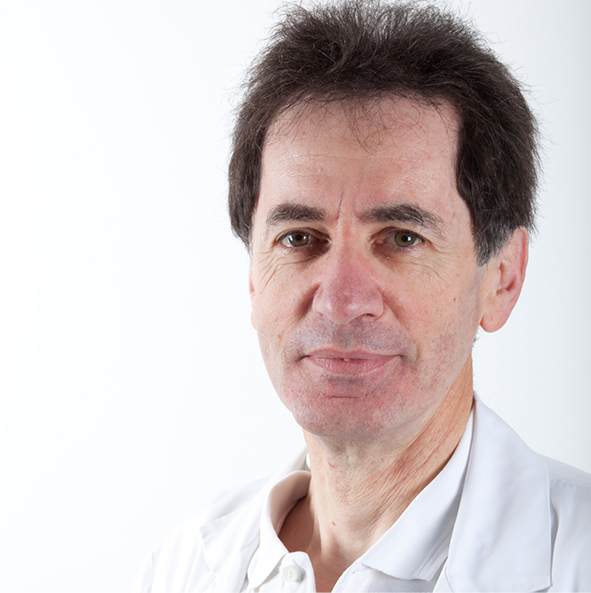