In many institutions, many different surgical VATS procedures are performed, and this has resulted in there being no clear definition or standard for this surgical procedure. Swanson et al. (1) defined VATS lobectomy “to encompass a true anatomic lobectomy with individual ligation of lobar vessels and bronchus as well as hilar lymph node dissection or sampling using the video screen for guidance, two or three ports, and no retractor use or rib spreading.” We call this procedure thoracoscopic VATS. Conversely, Okada et al. (2) proposed the procedure of hybrid VATS, in which muscle-sparing minithoracotomy (incision, 4–10 cm) is combined with video assistance primarily using direct visualization for lung resection. We call this procedure hybrid VATS. In this article, we present the features of each procedure and introduce the usefulness of hybrid VATS procedures, especially in segmentectomy. 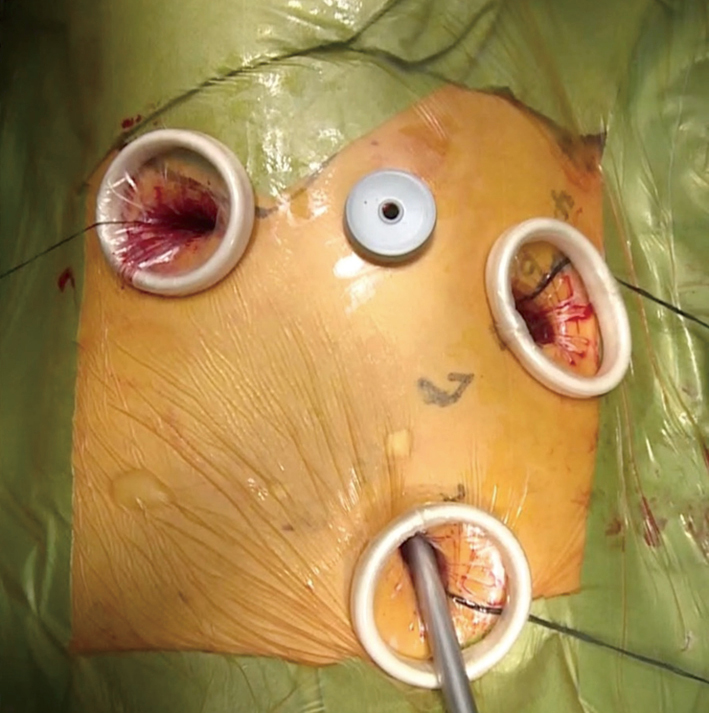 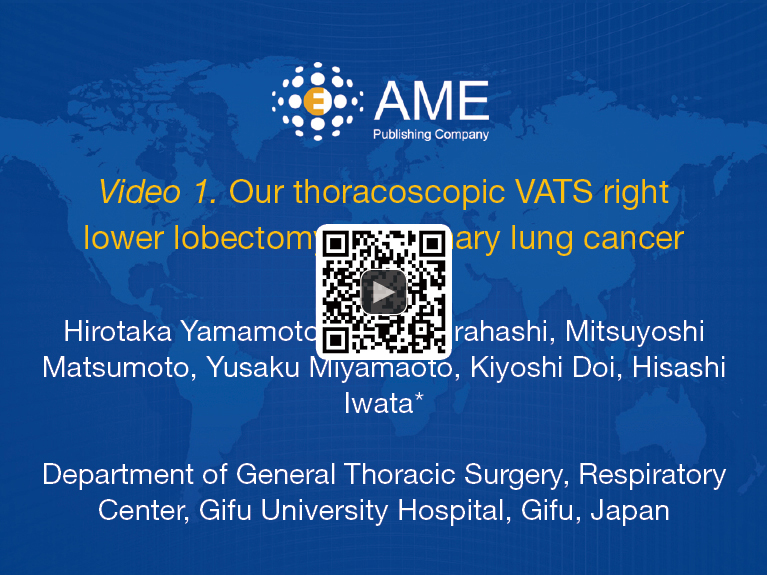 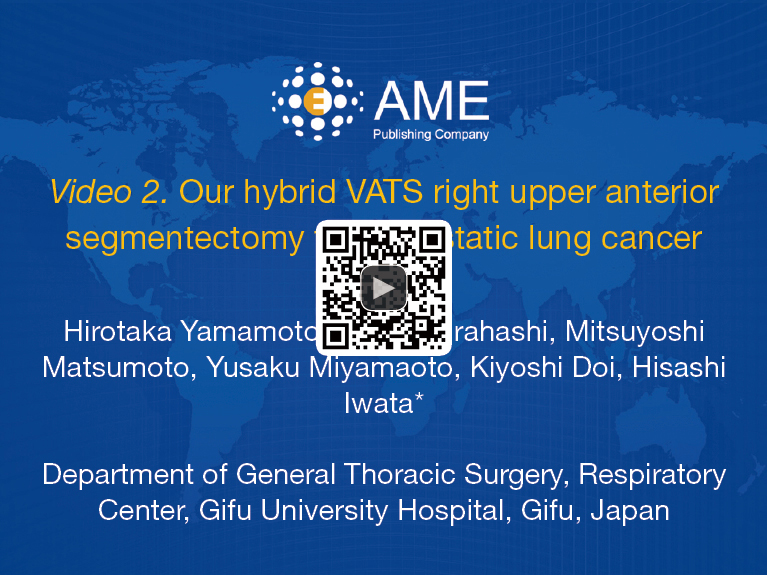 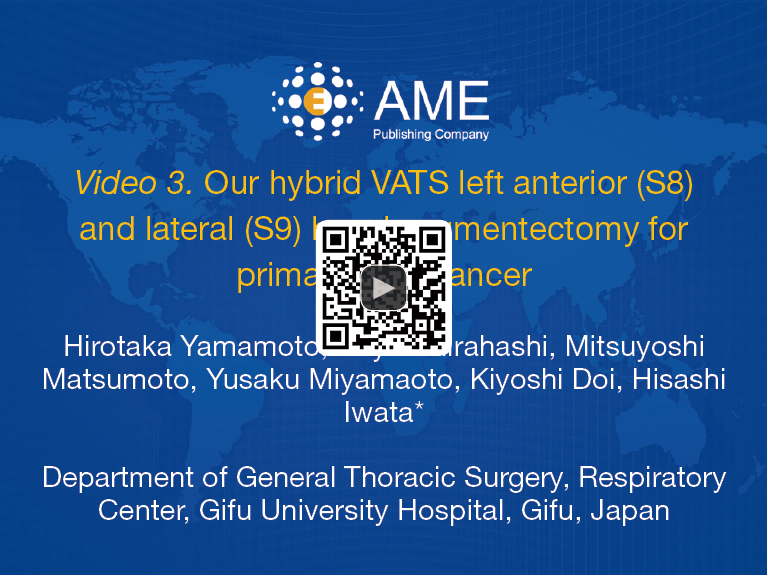 VATS lobectomy has been compared with conventional open lobectomy in several studies (6,7). Since data from prospective randomized studies of VATS lobectomy and open lobectomy are lacking, several propensity score-matched studies were performed (8-11). These studies suggested that the VATS approach showed a lower incidence of complications and no inferiority in overall survival, disease-free survival, and local relapse. In our unpublished propensity score-matching analysis comparing VATS and open lobectomy, shorter operative time and duration of drainage, along with less blood loss and fewer postoperative complications, were seen with VATS, while there was no significant difference in 5-year survival between VATS and open lobectomy in cases of clinical stage I lung cancer.

With respect to hybrid VATS (direct and video vision) and thoracoscopic VATS (video vision alone), hybrid VATS has been reported to have a shorter operative time and no differences in amount of bleeding, chest tube duration, and all complications in a propensity-matched analysis (12), along with no significant differences in overall and disease-specific survivals. In their comparison of VATS with muscle-sparing thoracotomy (MST), which is similar to the hybrid VATS procedure, Kuritzky et al. (13) showed that the only differences between the groups were in operative time (favoring MST) and hospital days (favoring VATS), with no differences in major outcomes, such as postoperative complications, disease-free survival, and overall survival. In their review, Jheon et al. suggested that, in surgery for lung cancer, the most important issue is not whether the VATS technique is thoracoscopic or hybrid, but that the procedure be safe while complying with oncological standards (14).

The most important issue in segmentectomy is to maintain a sufficient margin from the tumor. In a study by Khullar et al. (20), sublobar resection was shown to be inferior to lobectomy because of inadequate lymphadenectomy and positive sublobar resection margins. To maintain an adequate margin, Tsubota et al. (21) suggested “extended segmentectomy”, which involves placing the resection line on the segment beyond the affected one. A multicenter, prospective study confirmed that there were no positive margins when the margin distance was greater than the maximum tumor diameter (22).

The authors would like to thanks Ms Yoshimi Hayashi and Tomoko Kamiya for their secretarial support.